I’m now 18 months into my natural hair care routine, and I’ve learned a few more things since the 11 month mark. 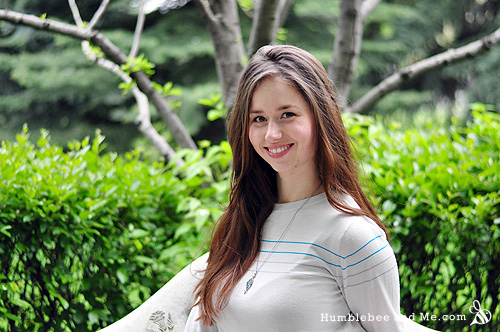 Gratuitous pretty picture of me with hair. La la la.

The seasons matter
I’ve found that you can’t just force the length of your wash cycles. The seasons really do make a difference. I’d hit a week last winter, but as spring and summer rolled in, that just wasn’t feasible anymore. Maybe it’s because I’m less inclined to look disgusting during my favourite season, but I’m pretty sure it also had something to do with the warmer temperatures and the marginally higher humidity. So, I shortened my wash cycle down to four days for the summer, and I’ve found it’s creeping back up as the temperatures drop.

My ends are healthier
So… I haven’t had a hair cut since March. This is partly because I’m cheap, and partly because I really don’t like going to the salon anymore now that all their fancy, overly scented hair products are off the menu. And even though it’s been over 7 months since I’ve had a trim, my ends aren’t all dry and spindly like they would have been a year ago. It’s probably partly because I take better care of my ends with homemade hair balms and serums. After a few trims over the last 18 months to take off the deadest, oldest bits of my hair, what’s left seems to be much more resilient and healthy.

Continue to pay attention when you’re shampooing
You need to pay careful attention to all of your hair when you’re washing it, especially if it’s long like mine.

Clay is awesome
I tried a seaweed & clay mask a few months ago, though I wasn’t so taken with it that’s it’s become a regular thing. However, I’ve discovered that I absolutely love clay in my shampoo bars. I swear it boosts both cleansing power and my hair’s volume.

You don’t need to do oil treatments anywhere other than your ends
Homemade shampoo bars aren’t strong enough to pull out all that extra oil without some serious effort on your part, and since you aren’t stripping your hair dry all the time, your hair doesn’t really need it.

You don’t have to stick to your wash schedule religiously
No, really. Your hair won’t automatically revert to that shorter cycle. If you’ve got a job interview or a hot date and you’re looking a bit greebly, go ahead, wash your hair in the name of love and/or potential employment.