When I first started making soap, this was one of the first bars I tried. I saw a similar bar at a farmer’s market in Manitoba and thought it was a pretty cool idea, and I set out to do it myself as soon as I got home. Those original bars are long gone, but after a couple years of soaping I thought it was high time I whip up another batch. One of my favourite things about these bars is how they both exfoliate and boost circulation, all compliments of the cinnamon. 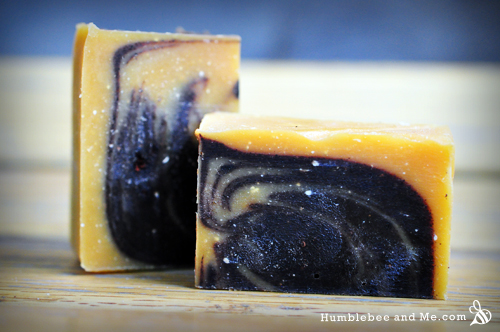 Cinnamon is known to increase circulation, making it popular in lip glosses that are designed to naturally plump and redden lips. It also smells fantastic, and the light grit from the ground spice makes for a bit of fantastic, light exfoliation—perfect for more delicate skin. I would, however, keep this soap away from your eyes and any other tender bits as the cinnamon can be irritating. 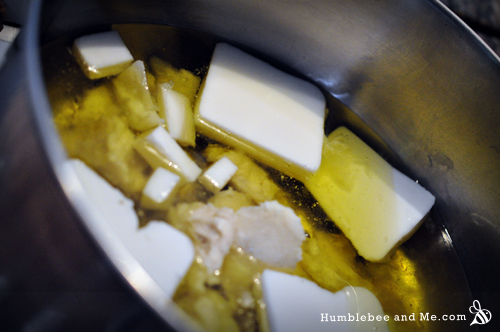 The resulting soap is a nice orange with dark brown swirls through it, reminding me of Tiger ice cream. The trick to getting the nice, liquidy swirls is to split the batch when you’ve still got a fairly light trace. I find my all purpose soap traces so quickly that it generally goes from liquid to peanut butter quite quickly. I generally consider fast trace to be a good trait, but it makes getting swirls tricky, so I’ve devised an awesome (and extra lazy) way to slow things down. 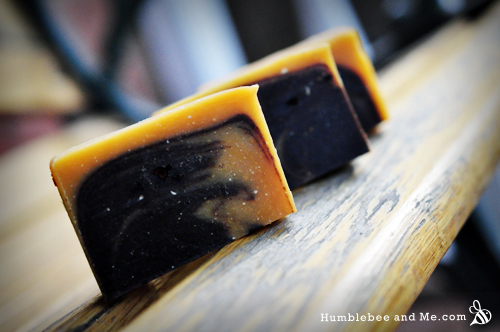 Any soaper knows that the lower the temperature, the slower things go. Many soap recipes advise you to combine the lye water and oils when they are both around 110–120° F, and at temperatures like that my all purpose soap reaches a very thick trace in about 3 minutes (juggling the different temperatures of the fats and the water is also a big pain in the butt—they ususally don’t arrive at the same temperature at the same time). Cooler temperatures take longer to get down to, though, so I’ve often combined at 110°F or so and just tried to work very quickly, rather than wait around in my gloves and goggles for ages. 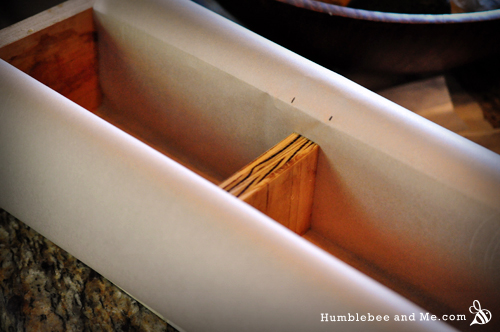 My lazy solution? Spread it over an entire day. Right after breakfast, measure out and melt your fats, and combine your lye and water. And then leave both for the better part of a day. Both parts will conveniently settle at room temperature, and they will be cold enough to give you plenty of time in the light trace stage (this recipe still reaches trace very quickly, it just doesn’t thicken up so fast). It’s not a new or ingenious solution, but I’m pretty pleased with it. I find it means I’m more likely to make soap as it ends up taking up far less time this way as I just build all the waiting into my day. Booyah! (I made 6 batches of soap in 3 days the first weekend I figured this out). 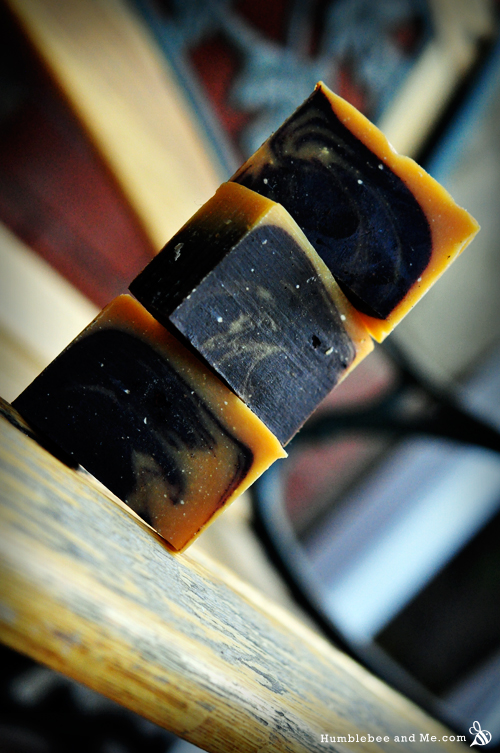 2020 update: Given the irritation potential for the cinnamon and cinnamon essential oil, I’d recommend using a cinnamon-y fragrance oil rather than the essential oil. Please refer to supplier documentation for maximum usage rates for the particular fragrance oil you’re using when used in soap/rinse-off products.

Follow my standard soap making instructions (calculate for a 6% superfat), allowing the oils and lye water a good 6–8 hours to come to room temperature.

When the soap reaches a light trace, add the essential oil and clay. Divide the batch in two, and stir the ground cinnamon into one half. Pour the soap into the mold, alternating between the halves, drizzling to swirl.

Let saponify in the mold for 24 hours before slicing and curing for at least 3 weeks.